In my previous post I did a little conversion. Now I did a bigger one. And this for the first time in my life. Untill now I did some headswaps, or just cut a figure in the middle. Now I've been cutting some more figures to get a result.

But what is it all about. Last december I inscribed on a competition with as subjects movie and World War II. Rules and deadlines can be read on the blog of GEM. One problem though, the competition is on facebook. So now I've made myself an account there. Never thought I would do that, but never say never.

Next problem was, what would I make? First I was thinking to make something from the movie "The Desert Rats", because I have every thinkeble set of them in scale 1/72. But working it out should take me a lot of time, and because I wasn't sure I would reach the deadline of 29 february 2012, I dropped that idea. Then my wife came with a good idea. It's a scene, when you have seen "The Longest Day", you will recognize. She recommended me the scene with that dead German, waring his boots wrong. Next step was finding a good picture of the scene. Well making a long story short: nothing to find on the www. Only one solution was left. Watching the movie and making a copy of that scene. Not easy, but I managed, as you can see here: 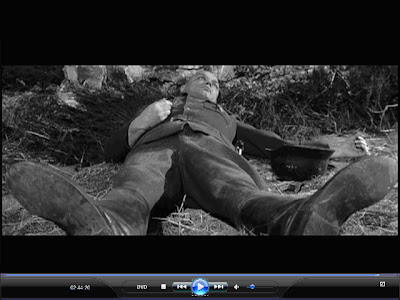 Now I had this picture the search could start for a volonteer playing this dead person. Not easy again, so here starts the conversion. The next picture shows what I used. 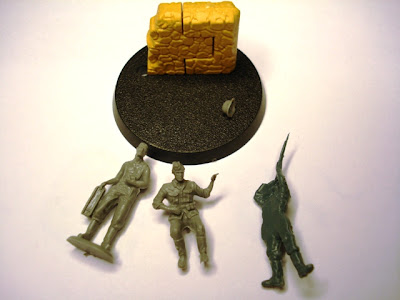 The figures on the left and the helmet are from the Revell German Artillery set, the one on the left is from the Airfix WWI German Infantry set. The wall is from Italeri. To be complete I used one other figure of the Airfix set, cause I missed the stretched arm. 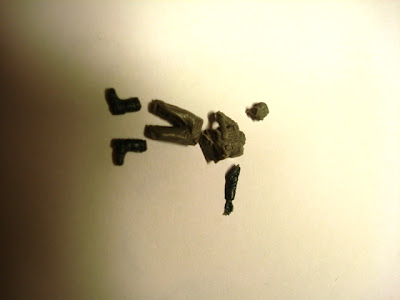 Now it's time to start making the vignette. How can I better show it by some pictures? 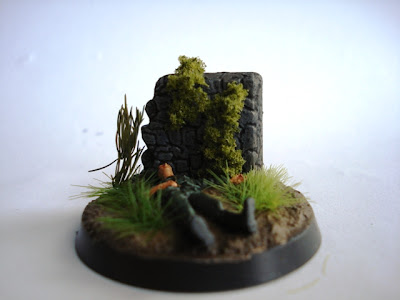 Two more pictures to get in the mood of the movie. 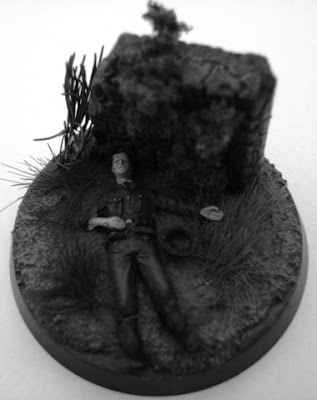 And for your information the competition will be on the MODELSETP - MODELISMO facebook page from 01 March 2012.

Currently painting: Zvezda Vikings (6/11) and some other things.

Also welcome to a new follower: