Just a quick post at the end of the month. Finished these figures this week and I thought why not posting them directly. This set is from the year I was born, so very old! And what me most surprised is that the sculpting of this figures isn't that bad. Not to much moldlines and flash, so for me that is excellent as I hate it to remove those. A complete review of this set and the year (!) they are produced can be found here!
The set contains ten different figure poses, two horse poses and two camel poses. I painted all ten different figures and all the horses and camels from the set. As I'm planning that these will join my Arabian/Muslim army I kept the same color scheme as for the other figures. White and red as the main colors. For a more colored version of these figures, have a look at the blog of my good friend Paul, Paul's Bods. He even painted Omar Shariff!
First a picture of the whole bunch. As can be seen four standing/lying figures, three horse riders and three camel riders. 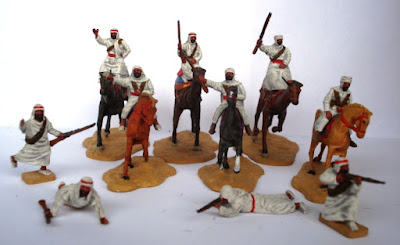 Here some closer pictures of the standing and lying figures. The one fyering in lying position isn't that good. I couldn't remove the plastic on his head because I would have ruined the figure.﻿ 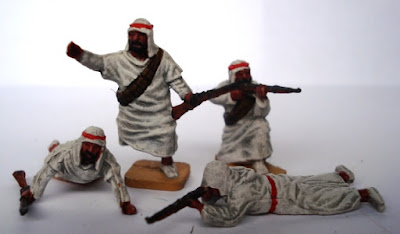 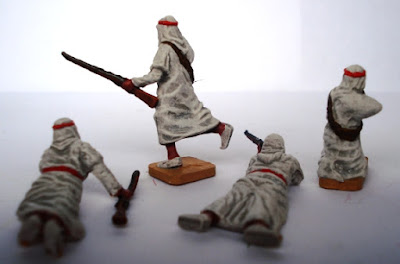 Next are the riders. They make a nice command group together. I also can tell that is was a hard job to get those horses on the bases. It didn't fit nicely, so I had to fix it with some super glue!
Three horse riders is a bit less, so I hope that Strelets will soon release their Lawrence of Arabia set. The box art and the masters of this set can be seen here!﻿
﻿ 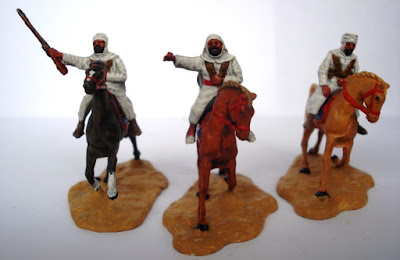 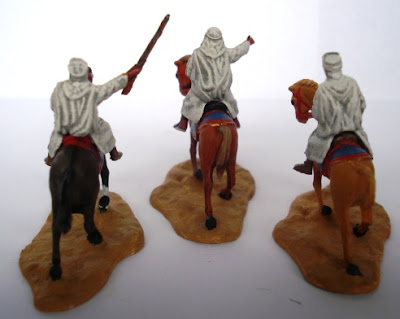 And here are the camel riders. Again some nice figures to represent a command group. I had a little accident with the camel on the right. By removing flash, I cut off the left leg. I tried to restore it as good as possible.﻿ 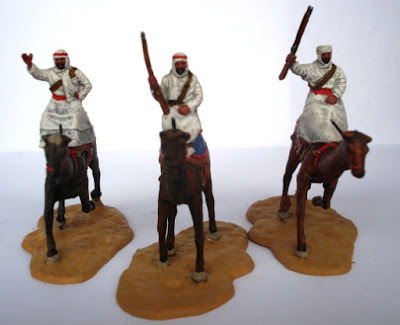 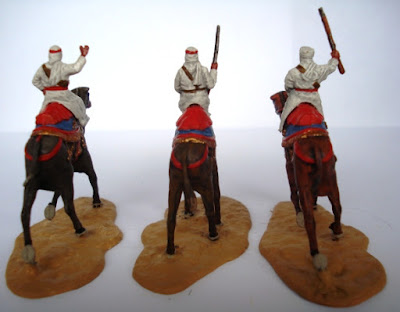 The next pictures are showing what is done from this army so far. First the camelry, then with the cavalry and next the whole bunch together with the infantry! 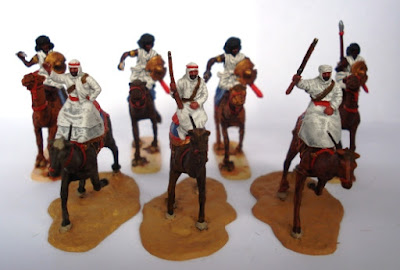 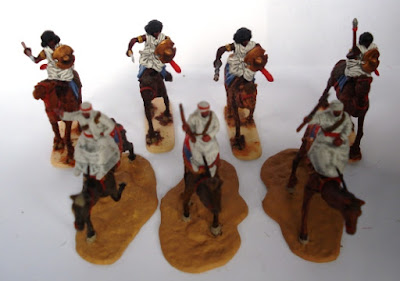 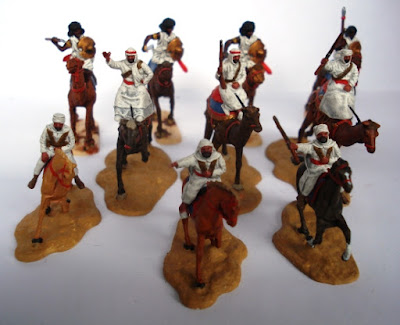 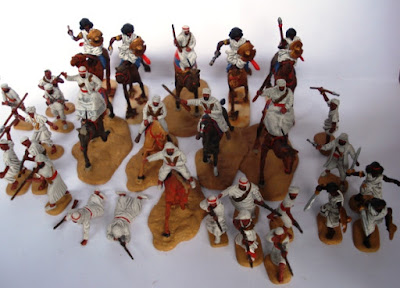