Not been very busy on blogger this week but I really wanted to get this project to an end. When I realised this week that there were only three weeks left for the event I pushed up the speed a little bit. Now I can say that it is finished and ready to be posted to the one who is making the whole diorama. I also wanted to finish something else but that is for later on this week.

What did I do this week? First I did a little set-up to see how everything fits on the base. Then I drilled some holes in the base for placing the poles from the plates in with some wood glue. Next I added the mix of woodfiller with sand an brown paint over the whole base and I placed the checkpoint cabine. It had to dry for at least 24 hours so it would become very hard. Here is a picture off the result so far. 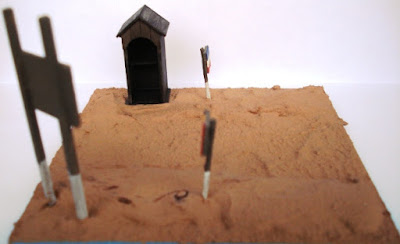 Next I painted the base completely with a dark brown from Revell. Then I drybrushed with GW Graveyard Earth, Revell Beige and GW Kommando Khaki. Then I placed some bushed made from Woodlands Scenic folliage, flowers from Greenline and Miniatuur and some grass from Games Workshop.

The tank was something tricky to place on the base. I had just enough place to get it on it. From the back off the tank to the front of the cannon is just 10 cm, the lenght of the base! At that moment I decide not to glue the turret so it can be moved a little bit to left or the right. Last step was adding the figures on the tank. They are all placed with wood glue so that it will invisible when it is dry. 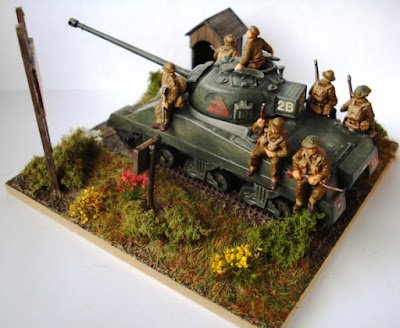 Now it is time to reveal what is on the plates I placed. Maybe some of you remind that I wanted this tank to pass the border between Belgium (Lommel) and the Netherlands (Valkenswaard). Here you can see how I symbolised the border.


And because this is made for a very special event in Arnhem I added also a sign to let them know what direction they have to take.

That's the story off this little piece of work. Here are some more pictures from other angles so that you get a good view off how it looks like. I hope you all like the final result. 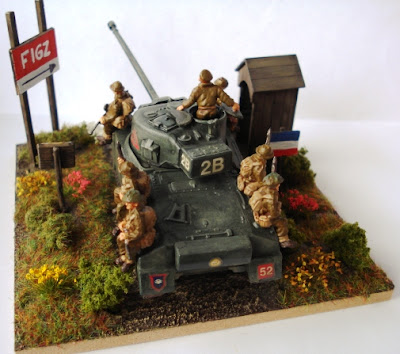 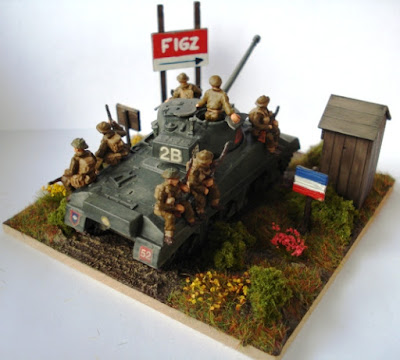 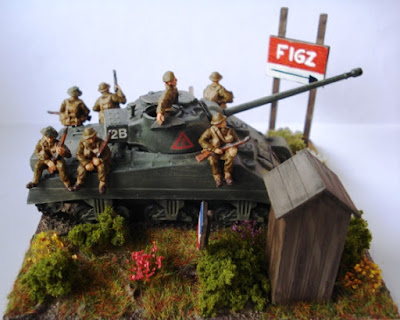 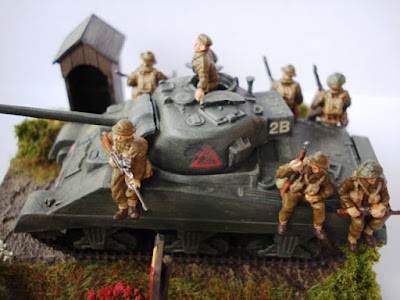 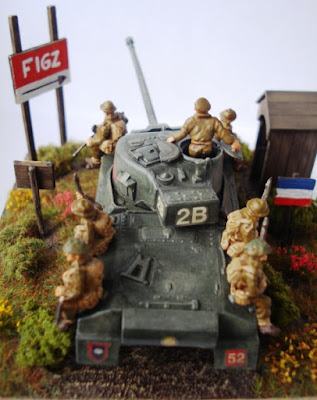 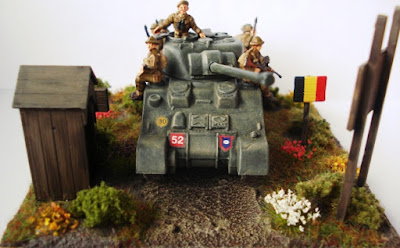 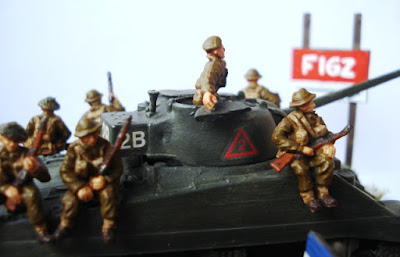 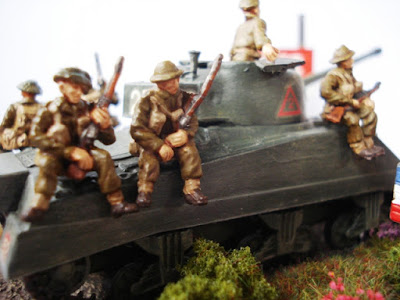 So if you want to see this work and many others that members of Benno's Figures Forum have made for this project come to Arnhem on the 5th June. Here I give once more the information of this event.

Wargaming & miniatures event in the Netherlands