It time to put my statistics of painted figures a bit higher as they are now. As the title says I've been doing some duels at the Benno's Figures Forum. The challenge was to do one duel every month against another member of the forum. The challenger didn't knew who they were duelling and me neither.

The rules were kept very simple:
- One standing or riding figure out of the box
- Neutral background (white, black, blue,...)
- No base
- Two pictures, front and back
- Period or figure chosen by the challenger

To fix and arrange all these duels I needed some help from my good friend Remco, who is the moderator of the duel section on Benno's. He took care of all contacts between me and the challengers. And it must be said, he did a fantastic job. There wasn't a moment that someone realised that I was Mr X.

This will be a rather long post, but I'm to lazy to split them all up. If you want to see what my challenger made, just klick on the link I'll be adding with each month duel. So let's start!

Hardest part of this figure was to paint the white of the uniform. As I always use a white basecoat, I covered it with some grey wash from vallejo. Them I painted the upper parts white again. I'm also not pleased with the sword. Next time I will try to straighten it in hot boiling water. 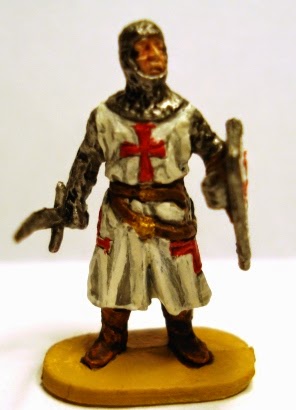 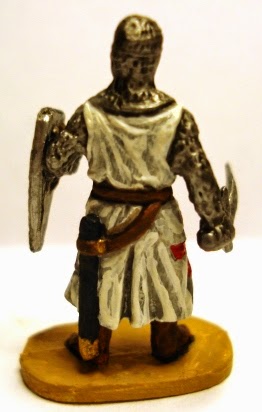 This was a very nice figure to paint. Lots of flesh parts, gold, silver and red. Easy to paint, only a few difficulties with the helmet, because hard to reach in some angles. 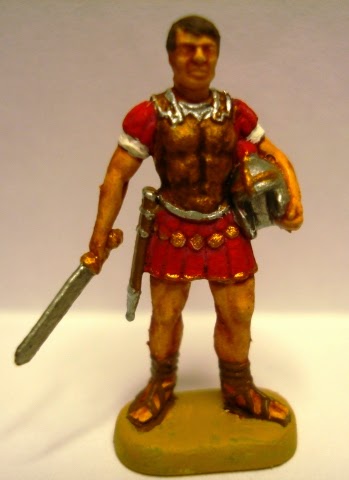 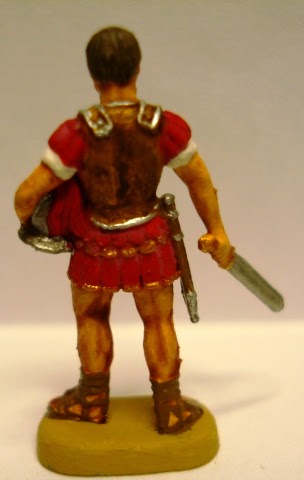 It was strange, that after that Roman I had to paint an opponent of him. My first thought was easy, but when I saw the figure of my challenger, I knew it was lost. He added some blue tattoos on him, so he looked much better as mine. 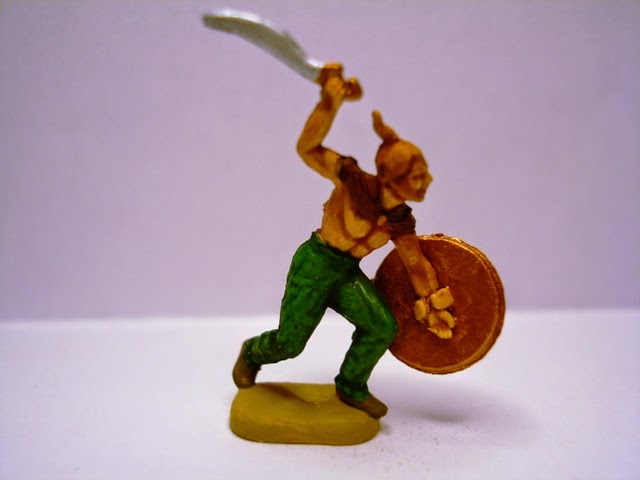 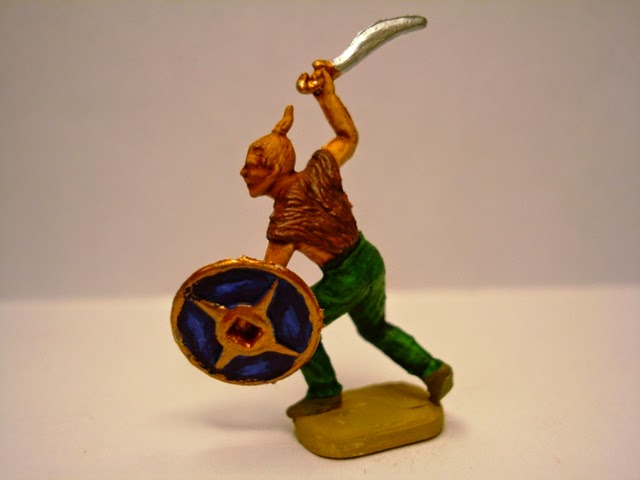 - The challenger asked for a Napoleonic Wars theme. We agreed on the Scottisch infantry figure.
- Scale 1/72
- Figure is from the Italeri 6136 Scots Infantry set
- Link
- Result: Lost

Never been a great fan of painting tartan, but now I didn't have a choice. I did all I could to find the right paint for this figure, but I couldn't find it. So the tartan is freehand painted, don't be to hard on me for this one.

The paint I was trying to find:

And this is what I made of it: 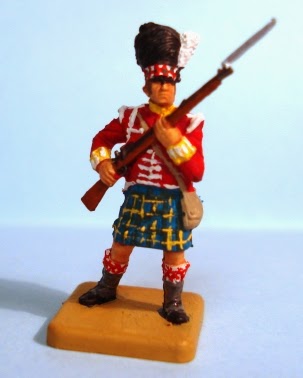 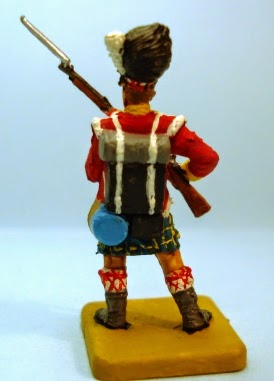 - Challenger asked for a Celt figure on foot. We agreed on the same figure.
- Scale 1/72
- Figure is from the Italeri 6029 Celtic Cavalry set
- Link
- Result: Won

Again a figure of the Imperial Roman period. This time I took myself a bit more time and added some small things to let him look better. Like the stripes on his trousers. 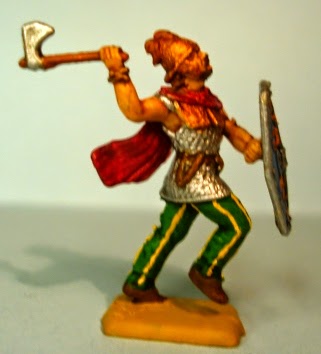 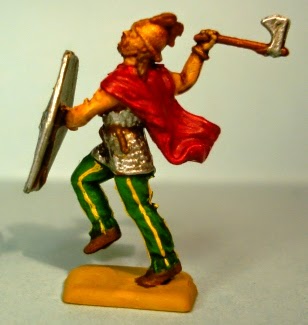 This is the only mounted figure I had to paint in the challenge. Loved it. Okay, it was a white uniform again, but I think it turned out very well. I didn't have luck with it, my opponent was far to strong. For your information, this is a Spanish officer. 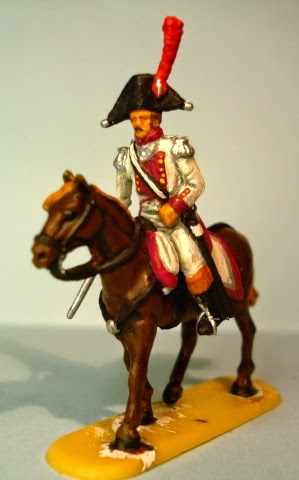 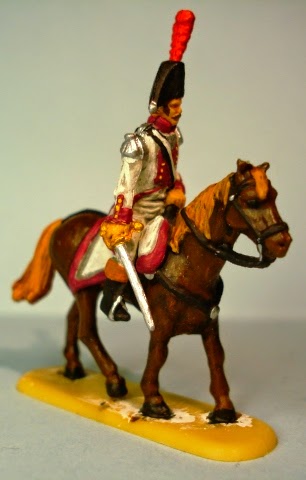 This one I had to paint very fast. It had to be done before I went on holliday. So I was pleased that it was a WW2 figure, and free choice, so I could take one with not to many details and cammo. Just for fun, I called him Tommy! 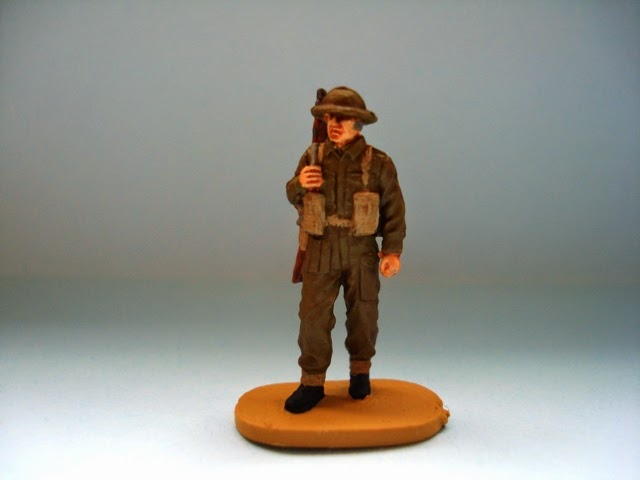 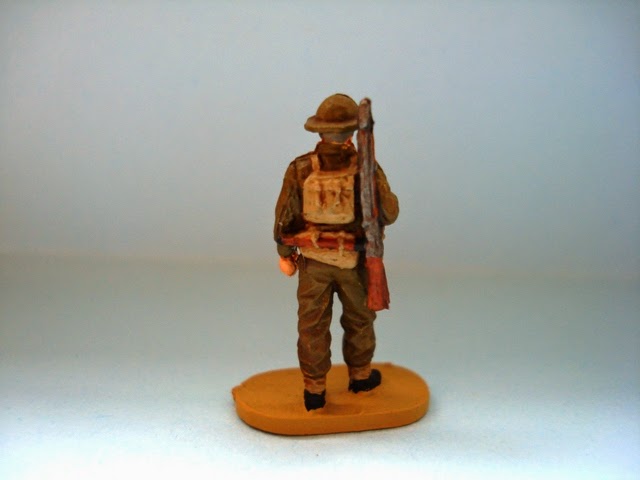 Painting cammo is not my strongest thing, so I wasn't surprised by the result. But I was pleased to paint something different. Always a good practice. 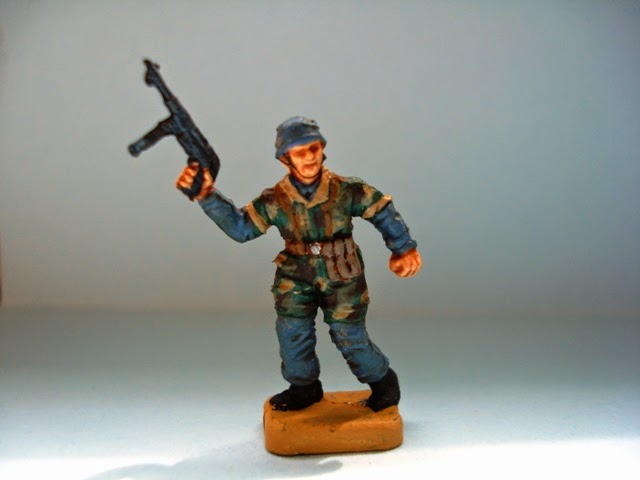 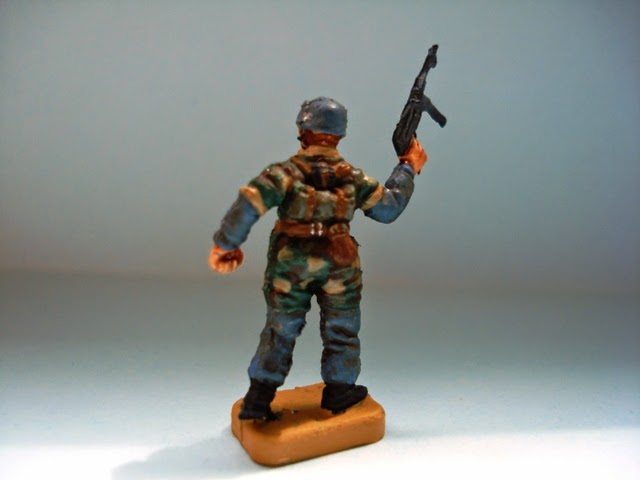 Zvezda has some of the best sculpted figures, so I was pleased that we had a duel with one of them. 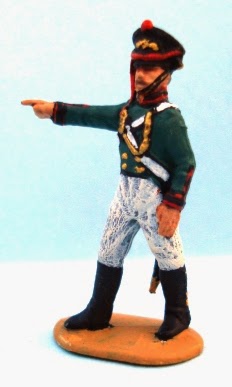 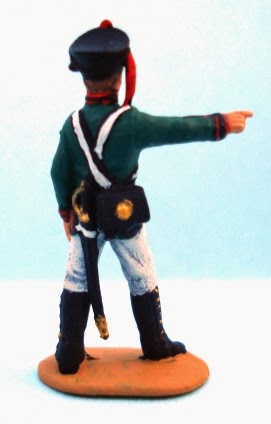 Cammo again. Not my cup of tea, so the result was expected. 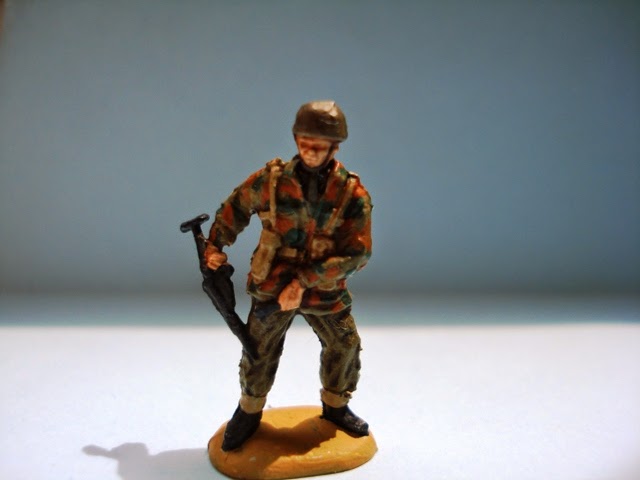 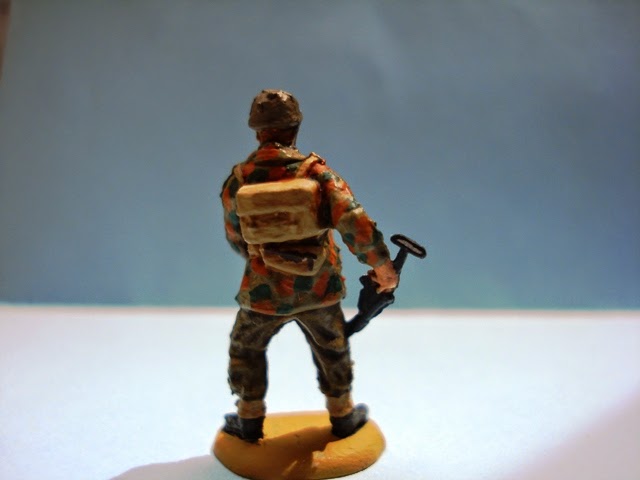 I was a bit surprised I lost this one. I was very pleased with how I painted this one. I tested a bit of a new technique for me. First painted the figure, added a wash and then some heavy drybrushing. Thought it should be good enough for the win. Nope. 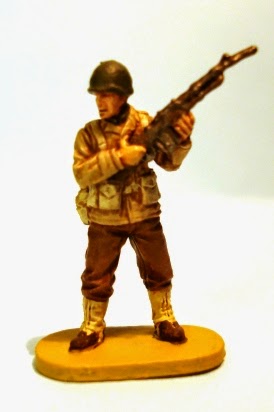 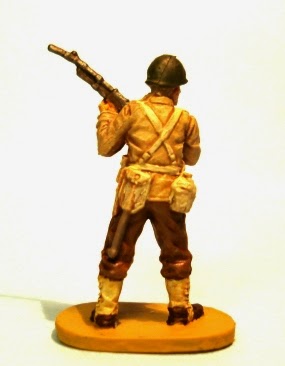 - For this duel the challenger bought the figures on CRISIS, and gave one to me. The challenger in this case was Remco. He wanted to give me this figure for all the efforts I have done in the duelling section for the past months. Thank you Remco!
- Scale 28mm
- Figure is from Otherworld Miniatures, called Serving Wench 1
- Link
- Result: Won

I have not painted many 28mm figures, so it is always something new for me to paint one. And as this isn't a fighting figure, I even loved it more to paint. Well dinner is served! 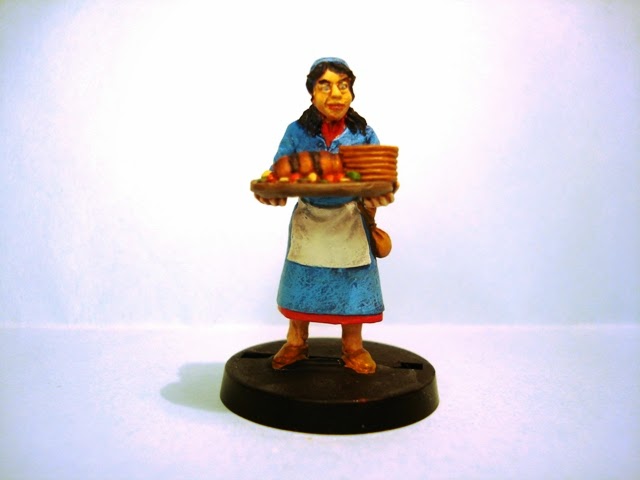 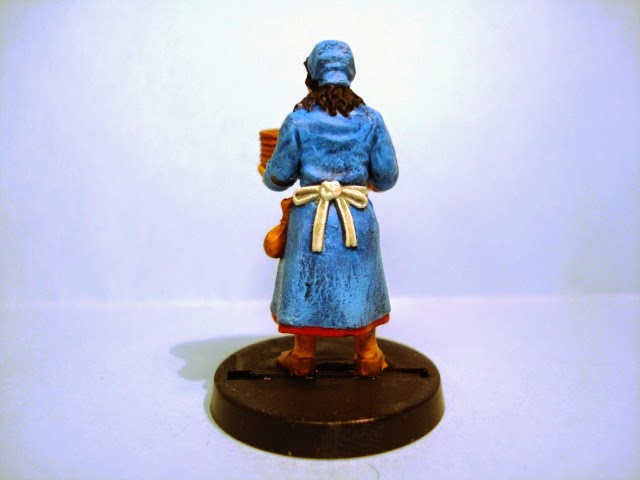 So these were the duels we had. As a final result, I lost 7 and won 5. I would like to thank to all challengers to make it possible. Without them I wouldn't have painted so much different period and figures! Thanks guys!

Next year again? Who knows?

Also welcome to some new followers:
- Peter (and that is what I call a strong name!) from (be seated!) "Well, this isn't a reasonable use of my time and resources, but I'm going to do it anyway"
- Hightower from Hightower's Mini's