This is the CRISIS 2013 figure which every visitor recieve when he enters the show. The only information I have about this figure is what is written on a little note that comes with it. "Joseph, Marquis de Séguiran, Sieur de Bouc, Colonel du Régiment de Maine, killed at the Battle of Eeckeren in 1703 (Near the TSA clubhouse". Information aboiut that battle I found on Wiki, but nothing about the person. You can find it here. The figure is sculpted by Paul Hicks and the casting by Griffin Moulds. 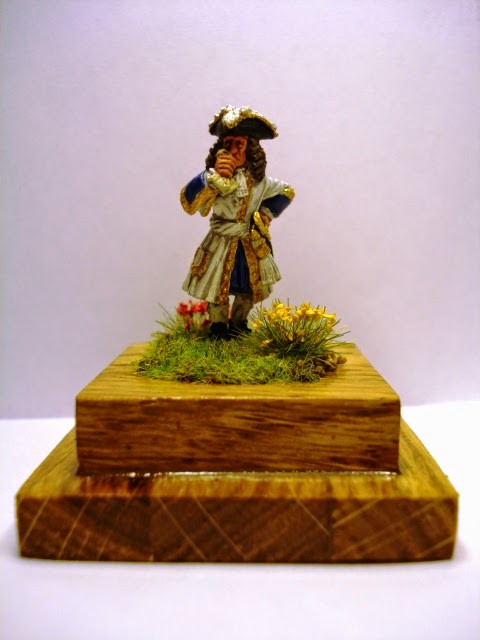 It wouldn't be me if I didn't have a story about this little work. In fact I have two of these figures. One of my own and the other (the one on the picture) well, is now standing on the cupboard of my mother. At the show I've met someone of our family and we agreed to see eachother at my mothers home to have a little chat. It was he who gave this figure at my mother. When he has left, my mother said to me that she would like to see it painted. Only, she said it joking. I didn't take it as a joke and I had the idea to paint it and give it back to her as a little Christmas gift. So I did and here you can see the result of this "joke". The base is made by my good friend Dalibor from Croatia.

Enough blabla but some more pictures! 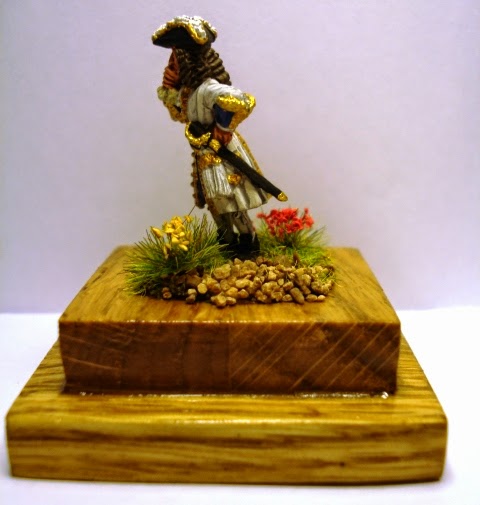 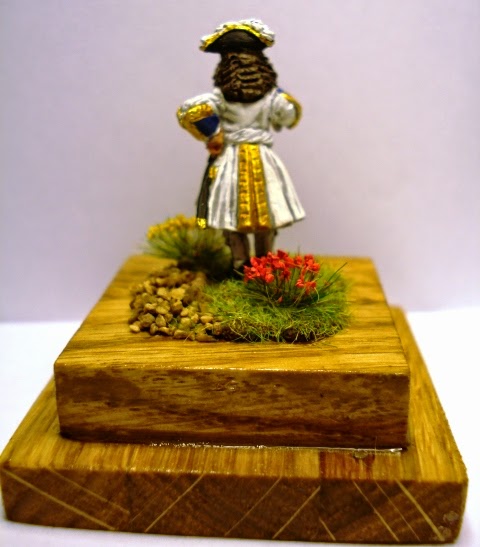 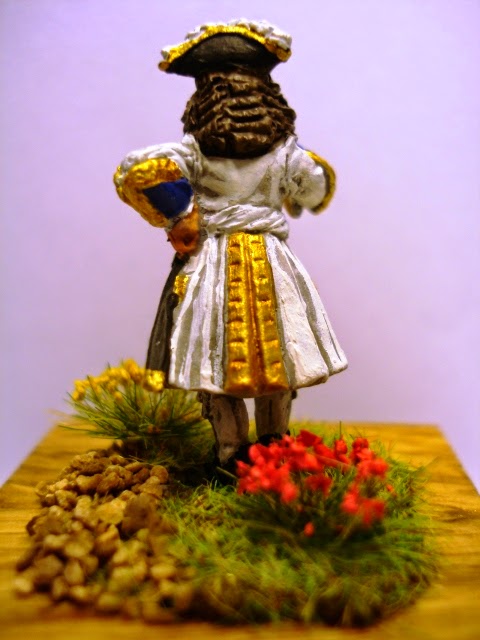 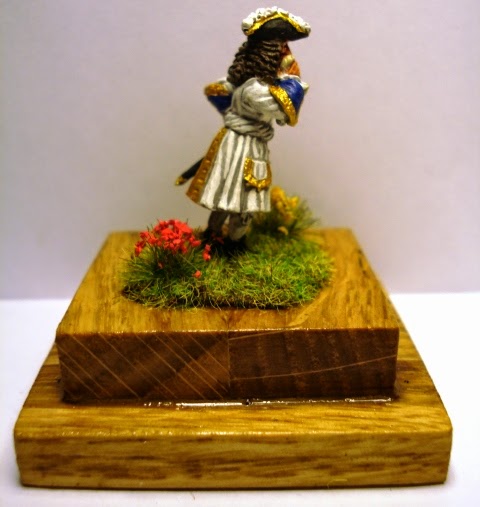 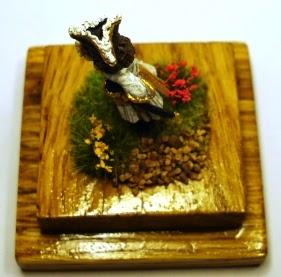 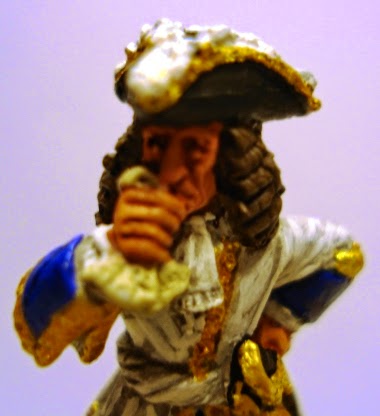