Today again some 1/72 scale figures. These Hat figures aren't bad at all. Nice sculpted and not to much flash. These painted very easy and also the equipment like the rockets and the wagon are very nice. what you see on the pictures is the result of one sprue of the set. A bit more information can be seen on Plastic Soldier Review.

History learned me that these rockets were a danger for the enemy as for the own troops. They weren't very accurate and landed very often between the own troops. Who wants to know more about these "congreve rockets" can read a lot more here on the wikipage. 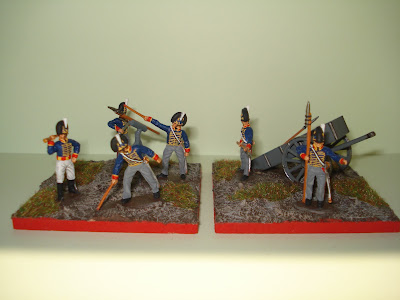 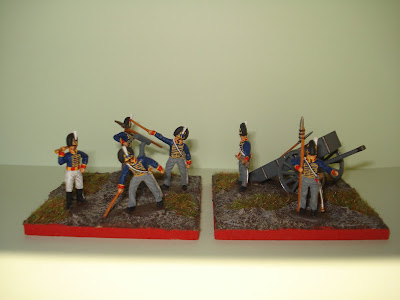 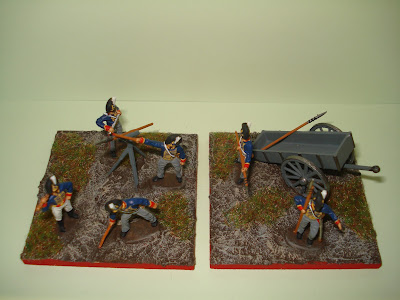 The one in the front looks a bit odd but he just fired a rocket that was lying on the ground. So wtch out you never known where it will land! ;-D 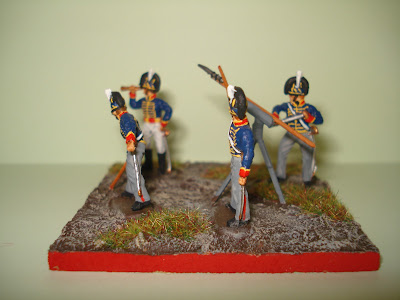 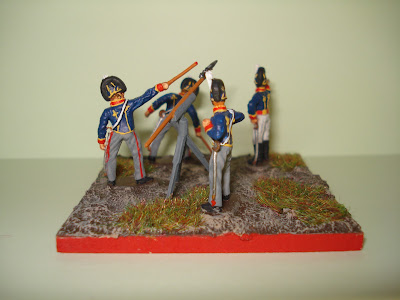 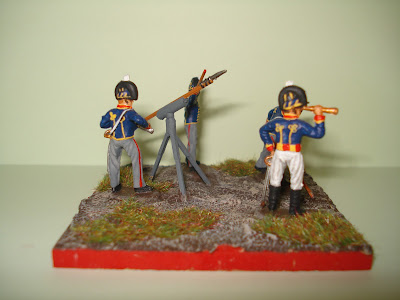 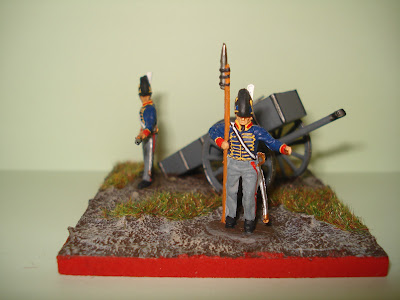 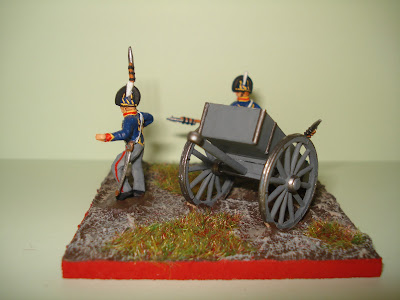 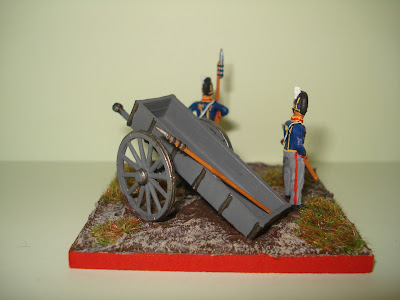 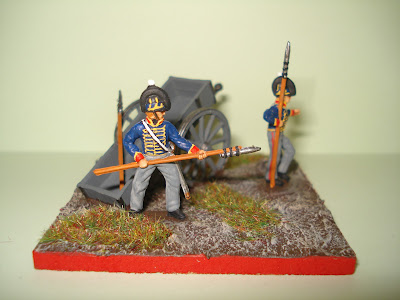 Again some figures that were lying unfinished on my painting desk are done. And there is a lot more to come. Keep watching.